Noemi & Jonathan were married on March 19th, with a beautiful ceremony taking place at Embarcadero Marina Park South, just a short walk from their reception in the Bayside room at Marriott Marquis.

We arrived in the morning at the Marriott where Noemi and Jonathan were getting ready in their separate rooms.  Noemi and her sister were doing the final touches to their makeup and hair, while Jonathan was relaxing spending some time with his father looking out over the San Diego Marina.  We were able to sneak away with the dress and beautiful shoes to capture some fun detail shots incorporating this beautiful scenery. 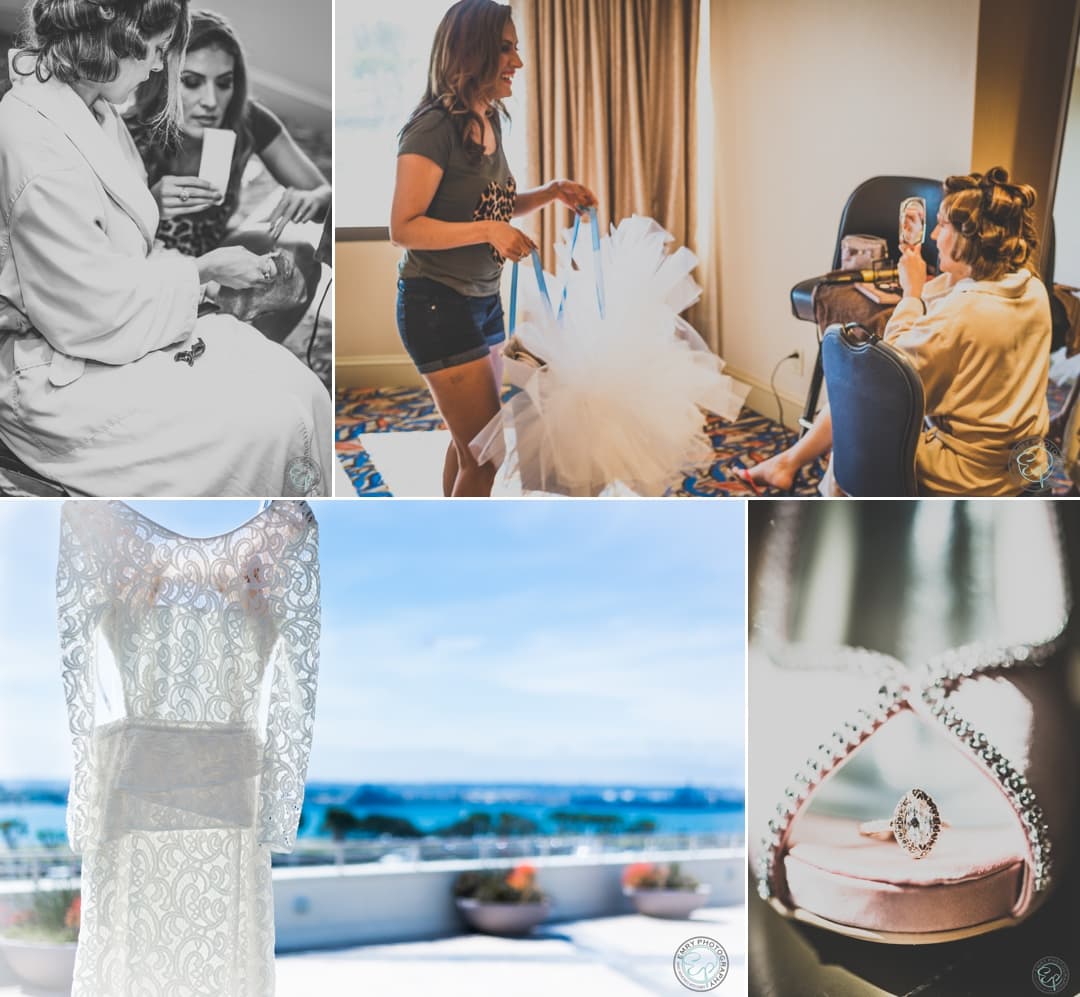 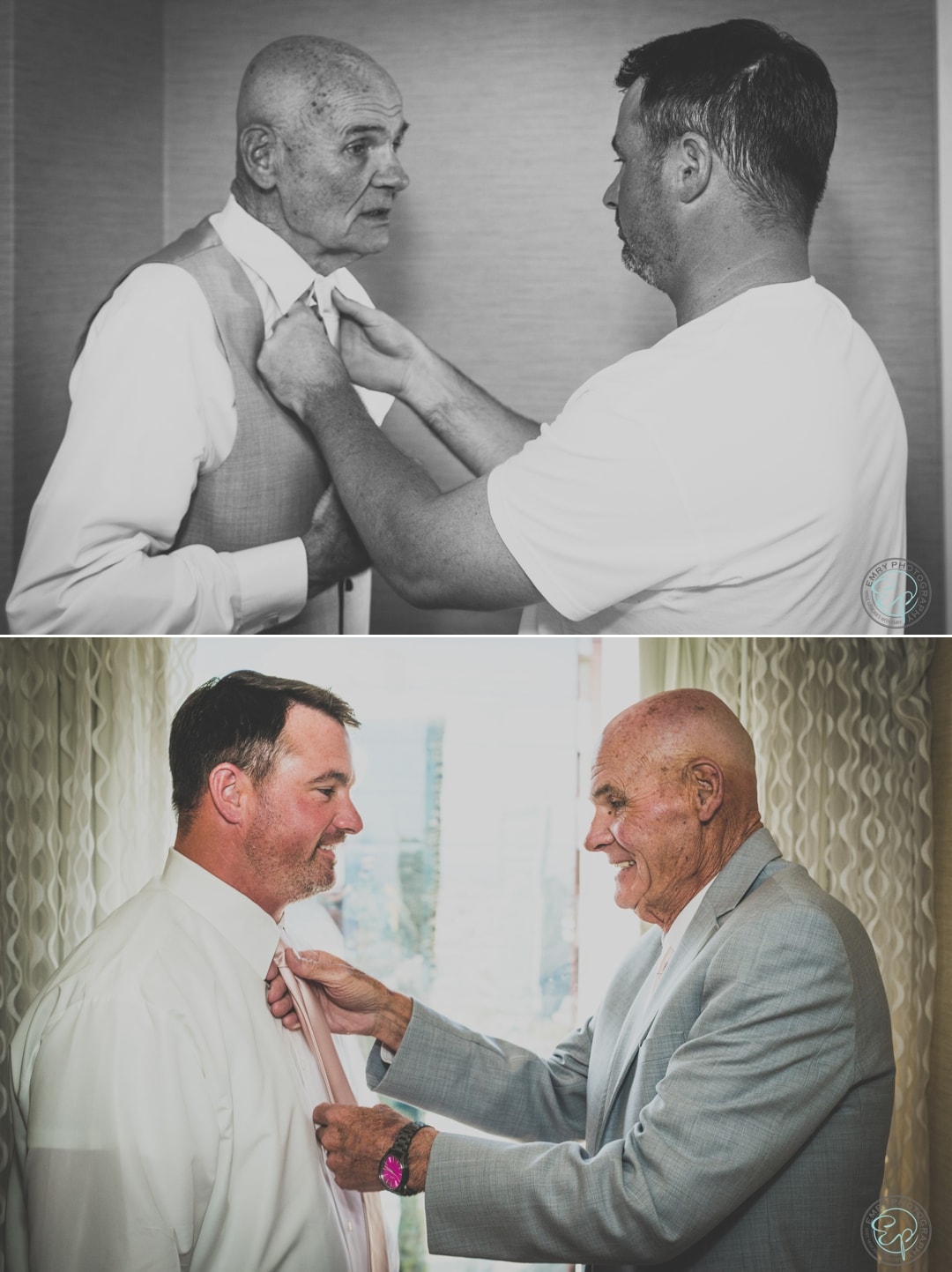 When the time had come for the ceremony to begin it was quite exciting to see the mode of transportation we would be using to get to the ceremony site.  They had hired a pedicab decked out with tiger print and all. Jonathan and the guests awaited Noemi’s arrival in a circular chair design that coiled around leading Noemi to her groom.

Noemi accompanied by her father, sister and niece arrived in the pedicab and Noemi bearing balloons in place of a bouquet made her way through the spiral. It was a beautiful ceremony where they were wed by their lifelong friend who originally introduced them to each other. 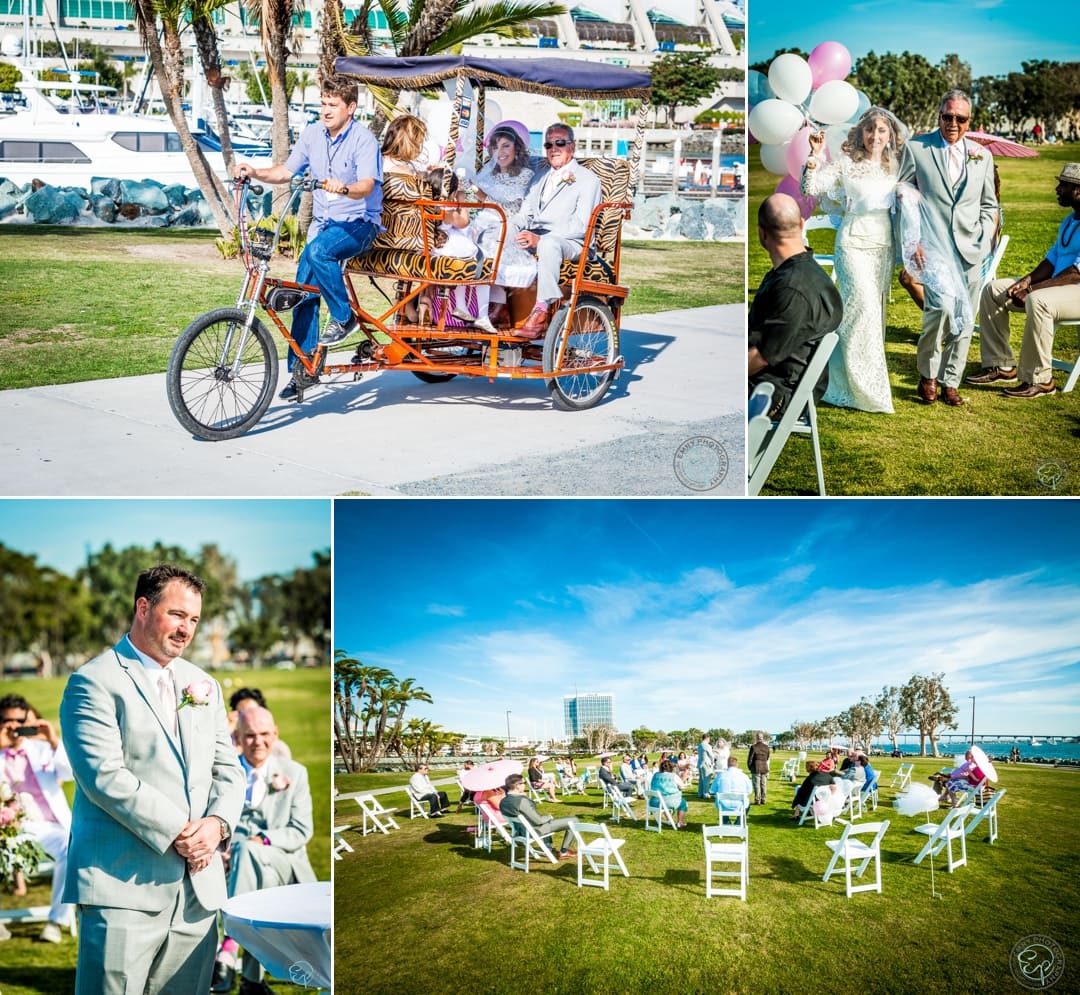 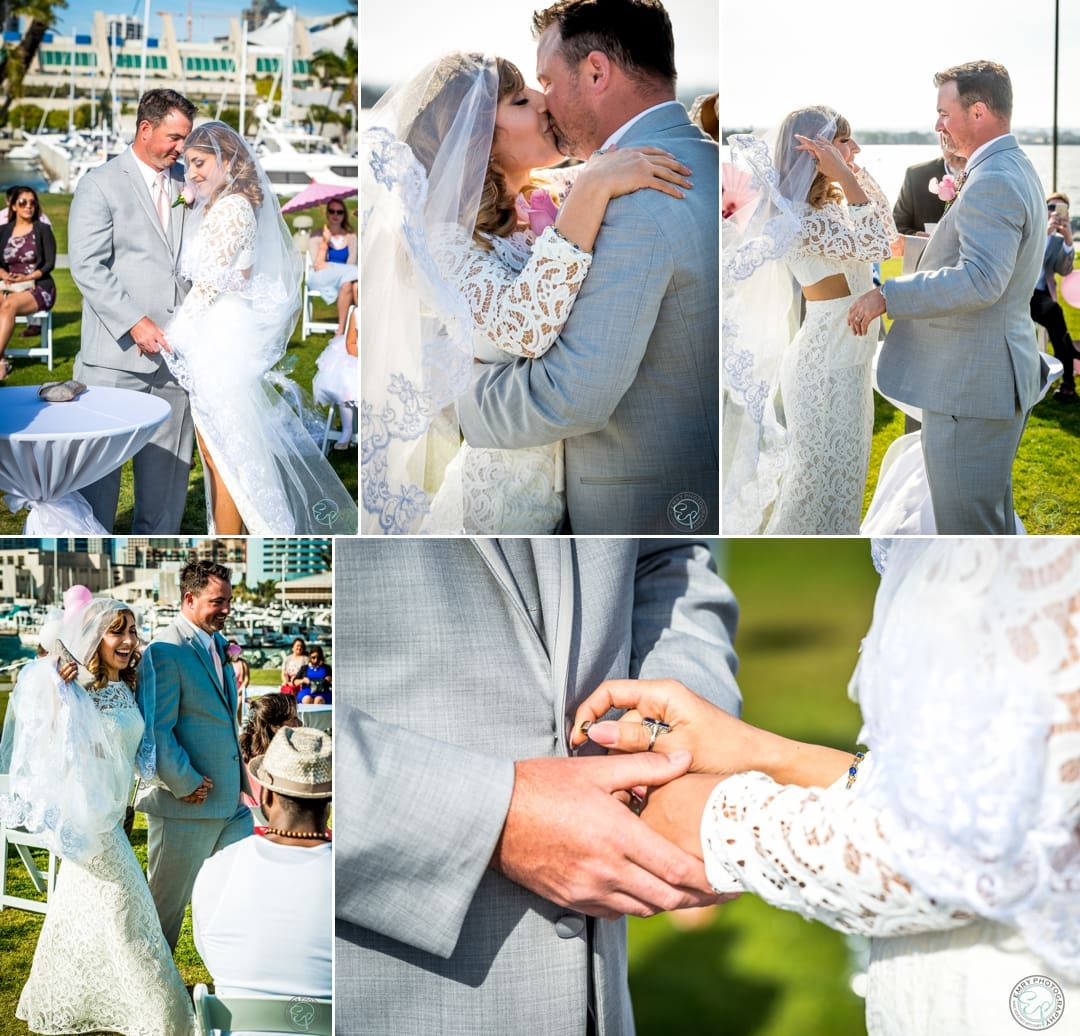 After the ceremony the guests returned to the Marriott for the reception and we took Noemi and Jonathan away for some photos around the ceremony site overlooking the Coronado bridge.  Then we hopped on to the pedi cab and made our way back to the reception. 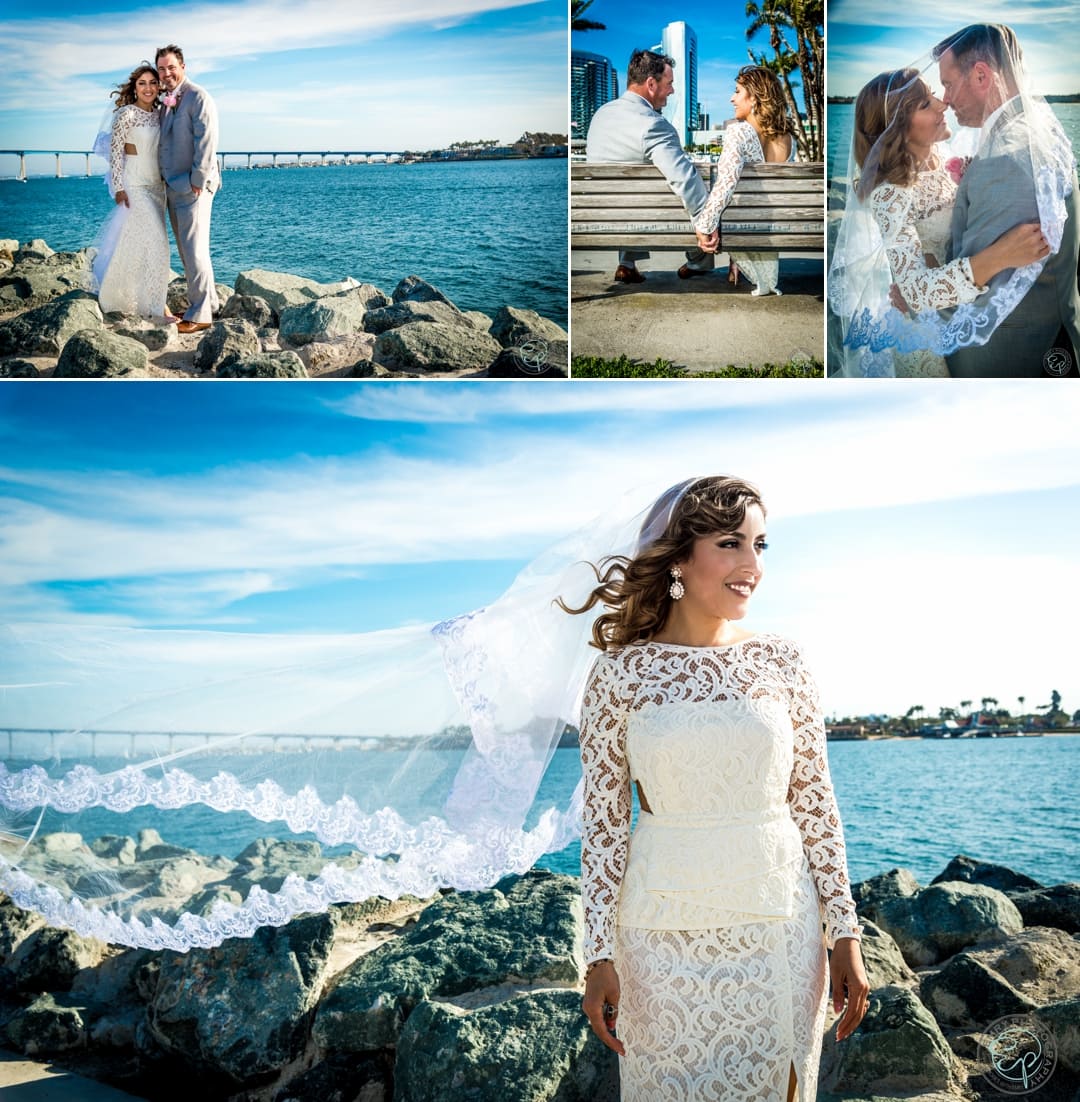 The Bayside room is a half circle shaped room with beautiful wrap around views to the west of the Marina and the soon to come sunset.

We were told by the couple it was going to be a party that night, their mixture of Mexican and Irish families would surely provide a good party, and it truly did. There is no question this reception was full of love and a lot of dancing with a great mix of music being played by the Deejay Preston Foreman from DJW. 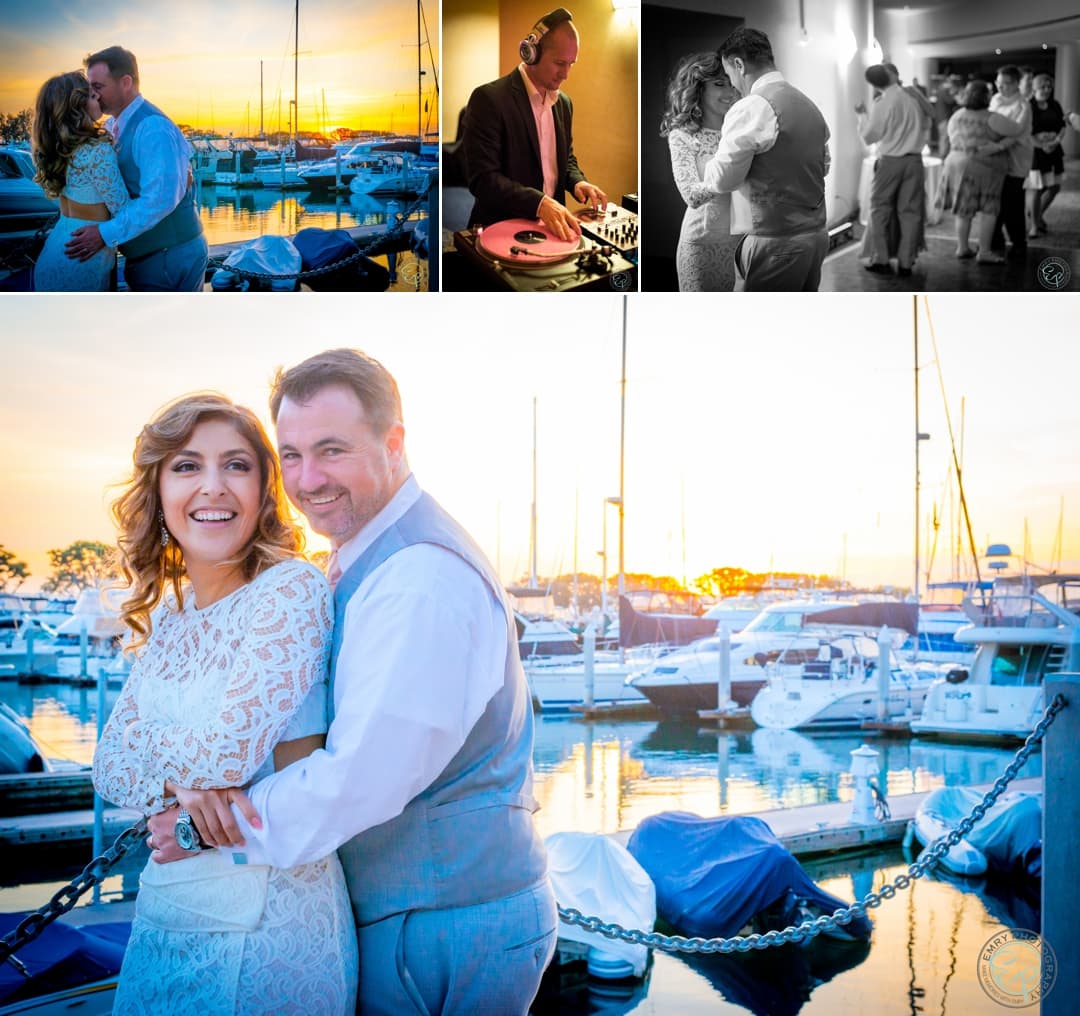 Thank you so much to Noemi and Jonathan for allowing us to be a party of your special day.