Kristian and Asa are a perfect example of love blossoming from a friendship.  They became husband and wife on February 11th with a beautiful ceremony taking place at Our Redeemer Lutheran Church in San Diego, CA

I arrived at the church where the couple were getting ready in their separate rooms.  Kristian was surrounded by her mother Kim, her bridesmaids  Candace, Teana, Bethany, and Rebekah as they joined in a prayer to bless the day to come.  Asa and Kristian had a gift for each other that I was given the pleasure of delivering and watching them open.   Over in Asa’s room along with his groomsmen Timothy, Marcus, Jermar, Dewayne and Terrel, the excitement was obvious on Asa’s face due to the beautiful electric bass guitar Kristian got for him, and the emotion went to another level when he opened the journal she had been keeping for months leading up to the big day.  Kristian was given a beautiful ring box for the rings they would soon be exchanging. 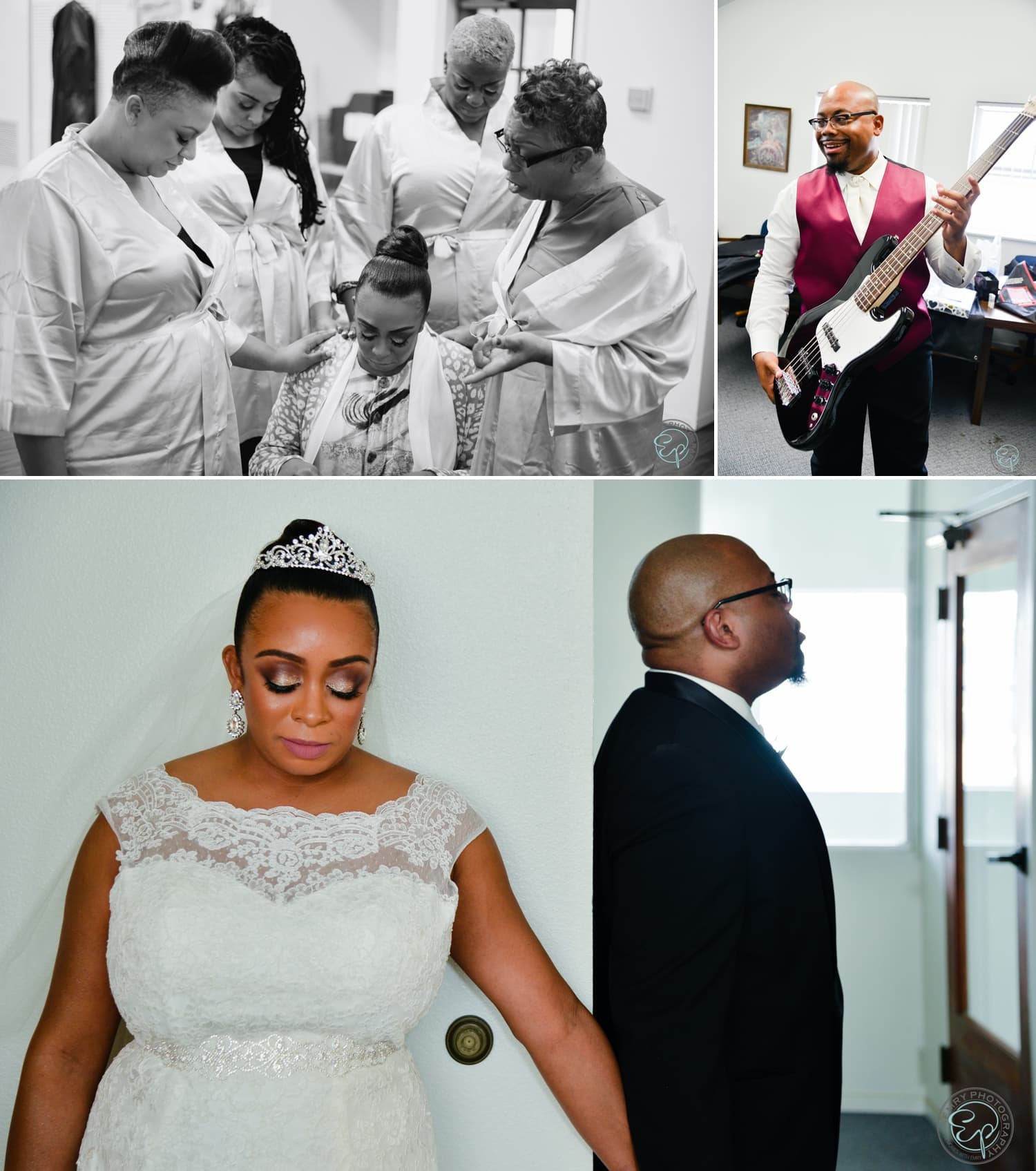 Just before it was time to start the ceremony I walked Kristian over to a little spot between her’s and Asa’s rooms where they would join hands around a corner, not allowing themselves to see each other but to have a special moment to reflect on the day to come and say a prayer. 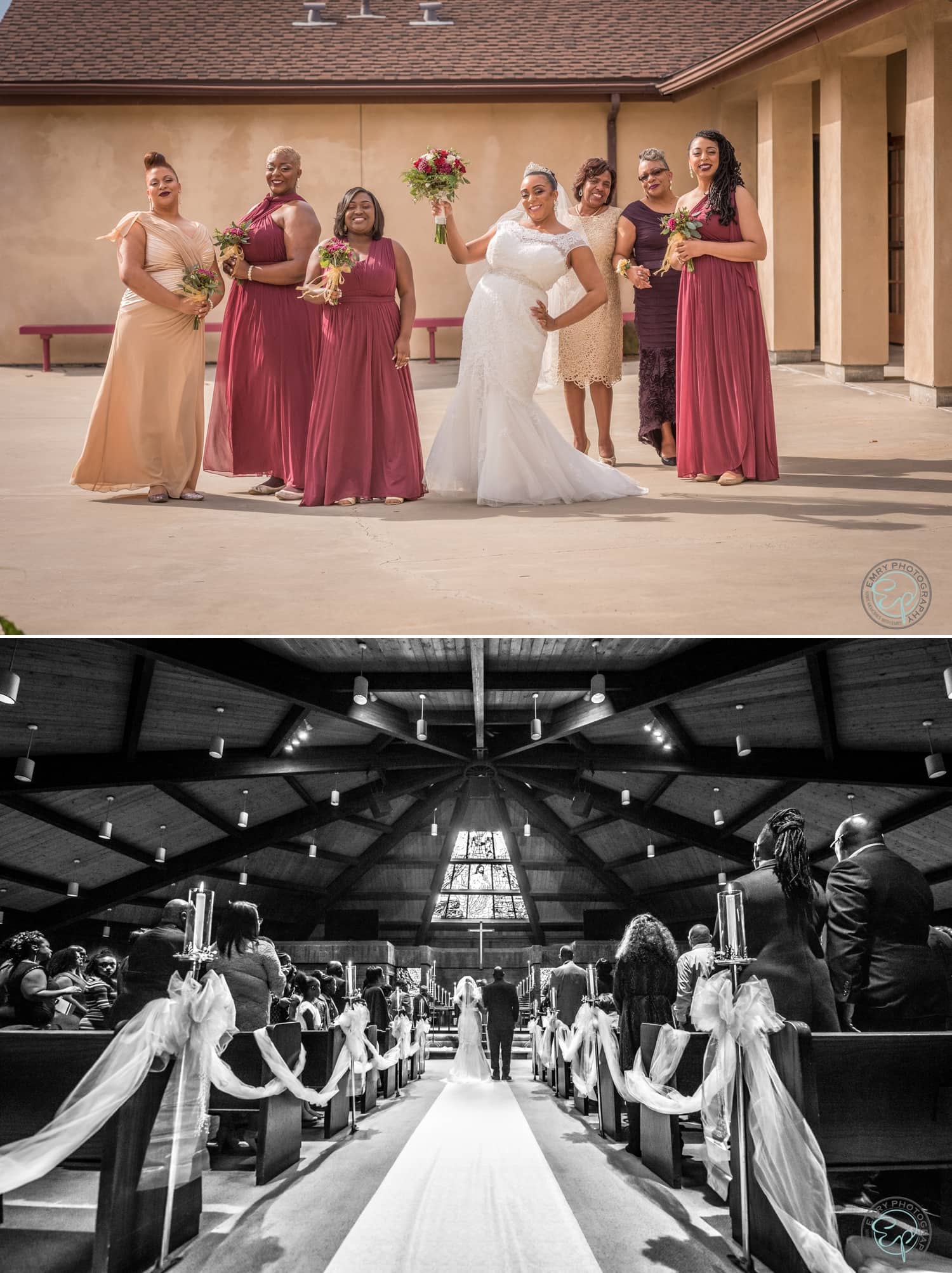 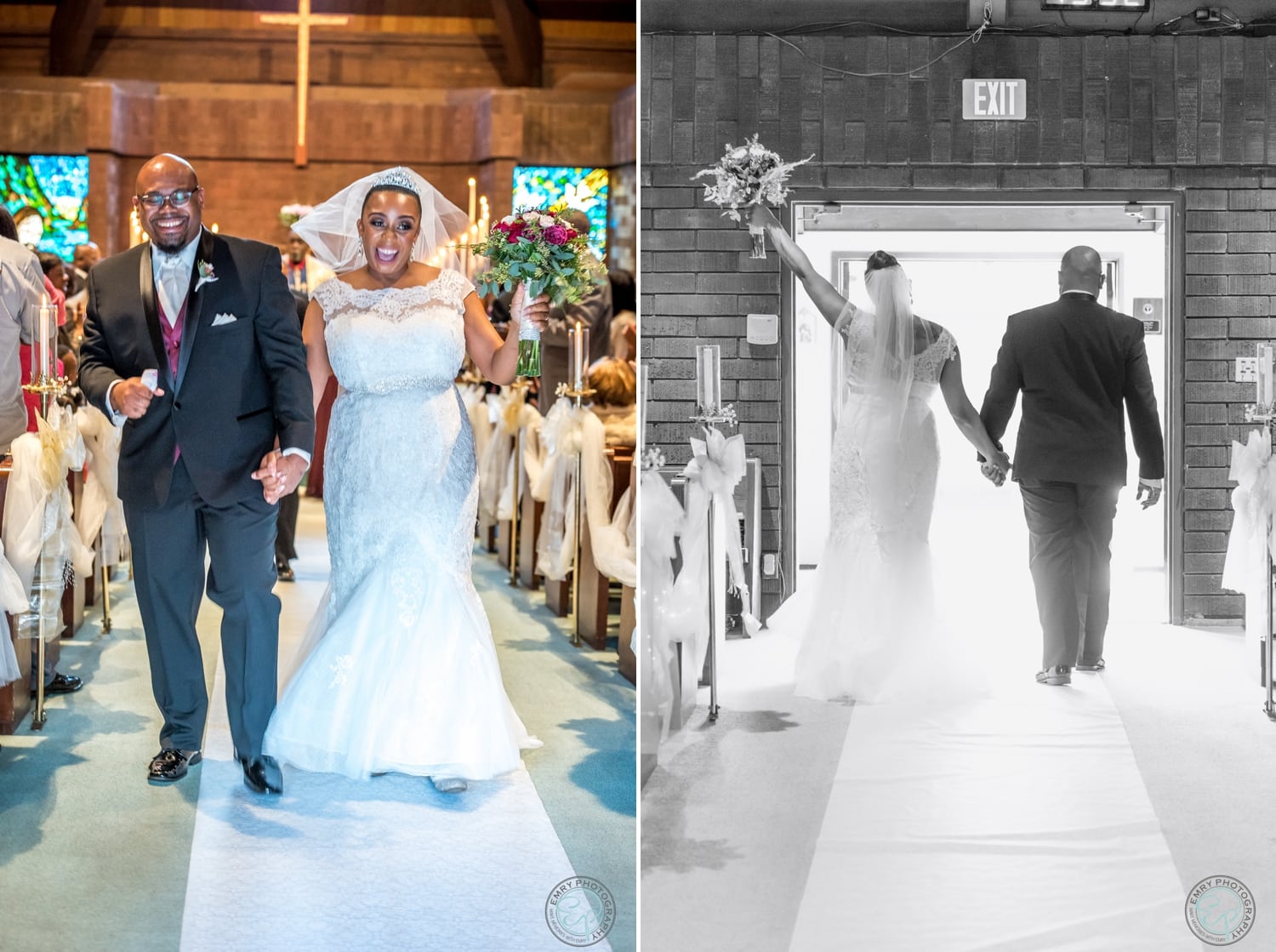 The ceremony began with a beautiful song performed by the maid of honor and sister of the bride Candace as Kristian walked down the aisle.  The ceremony was beautiful, full of beautiful songs, prayer, communion, and words of love declared.  The newly married couple were greeted by all attendees outside the church for a receiving line before we left for some private photos at a new location. 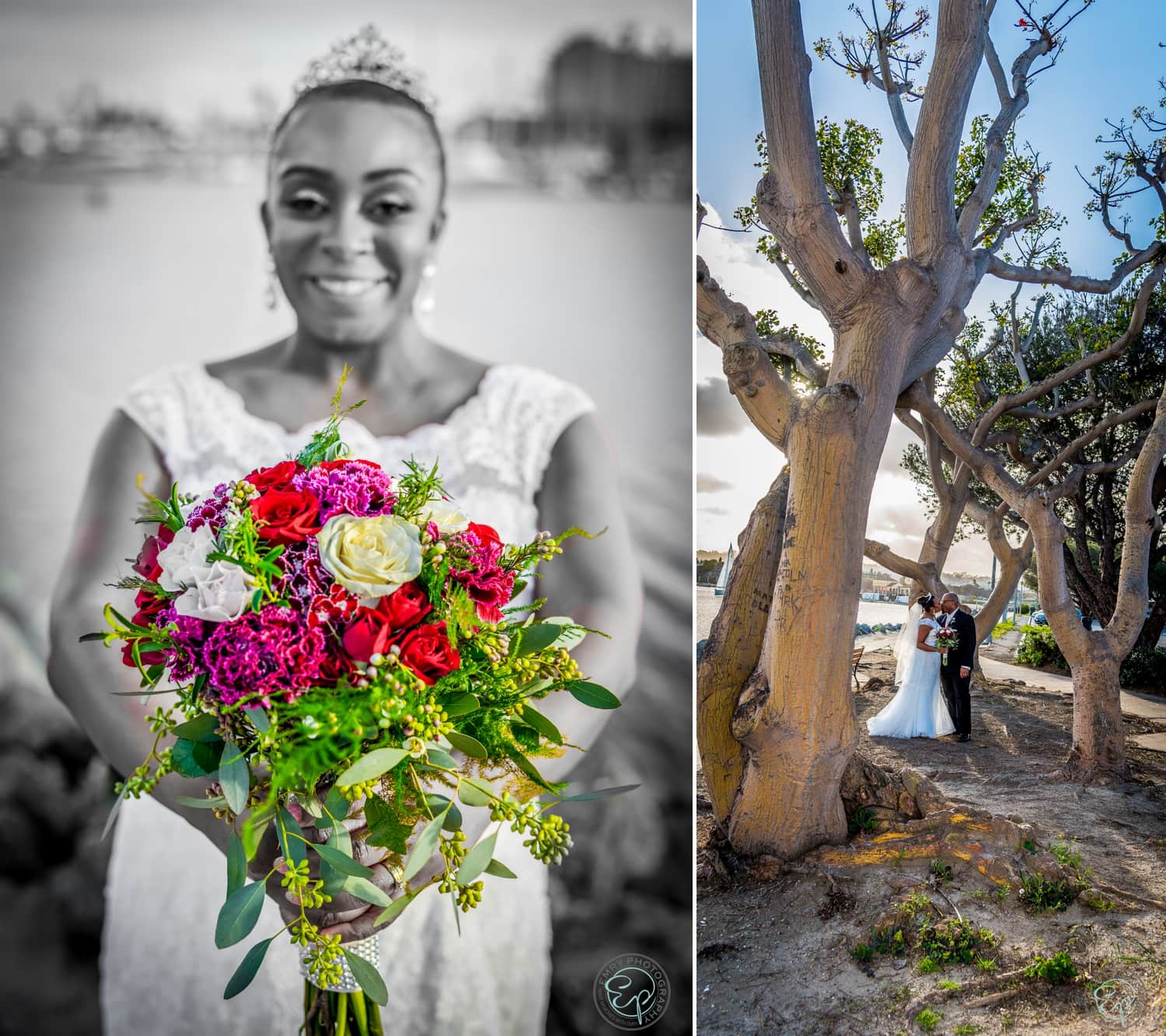 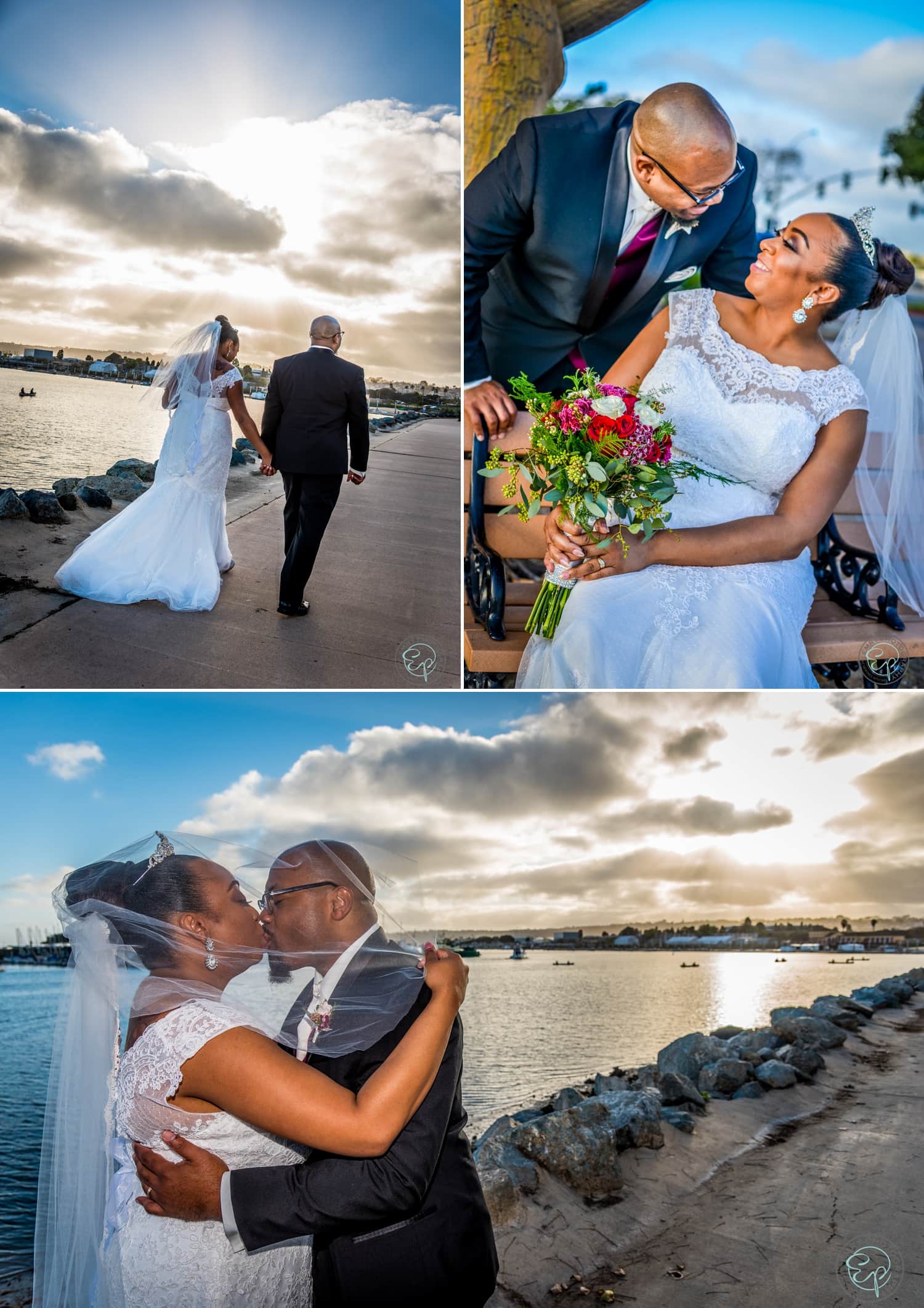 I met Kristian and Asa at Spanish Landing Park for some photos of the happy couple before the reception.  It was a perfect day with amazing clouds and a soon to set sun that provided for some beautiful images as we walked along the boardwalk and snuck into the beautiful trees that lined the boardwalk.  After capturing some beautiful shots and having some laughs we drove a couple blocks down to the reception location at the Holiday Inn Bayside.  Guests were already there enjoying a cocktail hour with hors devours and were invited into the main reception hall to take their seats for the grand entrance.  Shortly after the grand entrance everyone got together on the dance floor for a group photo as I tried not to fall while standing on top of a chair to try and get everyone in the shot.

The best man Timothy did a fantastic job of getting on the microphone and making everyone laugh throughout the night, but the laughter and smiles really came when Asa and his groomsmen surprised Kristian with a performance of “my girl” with choreography and all.  The couple cut their cake provided by Cute Cakes in the Gaslamp district.  The party continued on with dancing and music provided by DJ Artistic from San Diego Best DJs 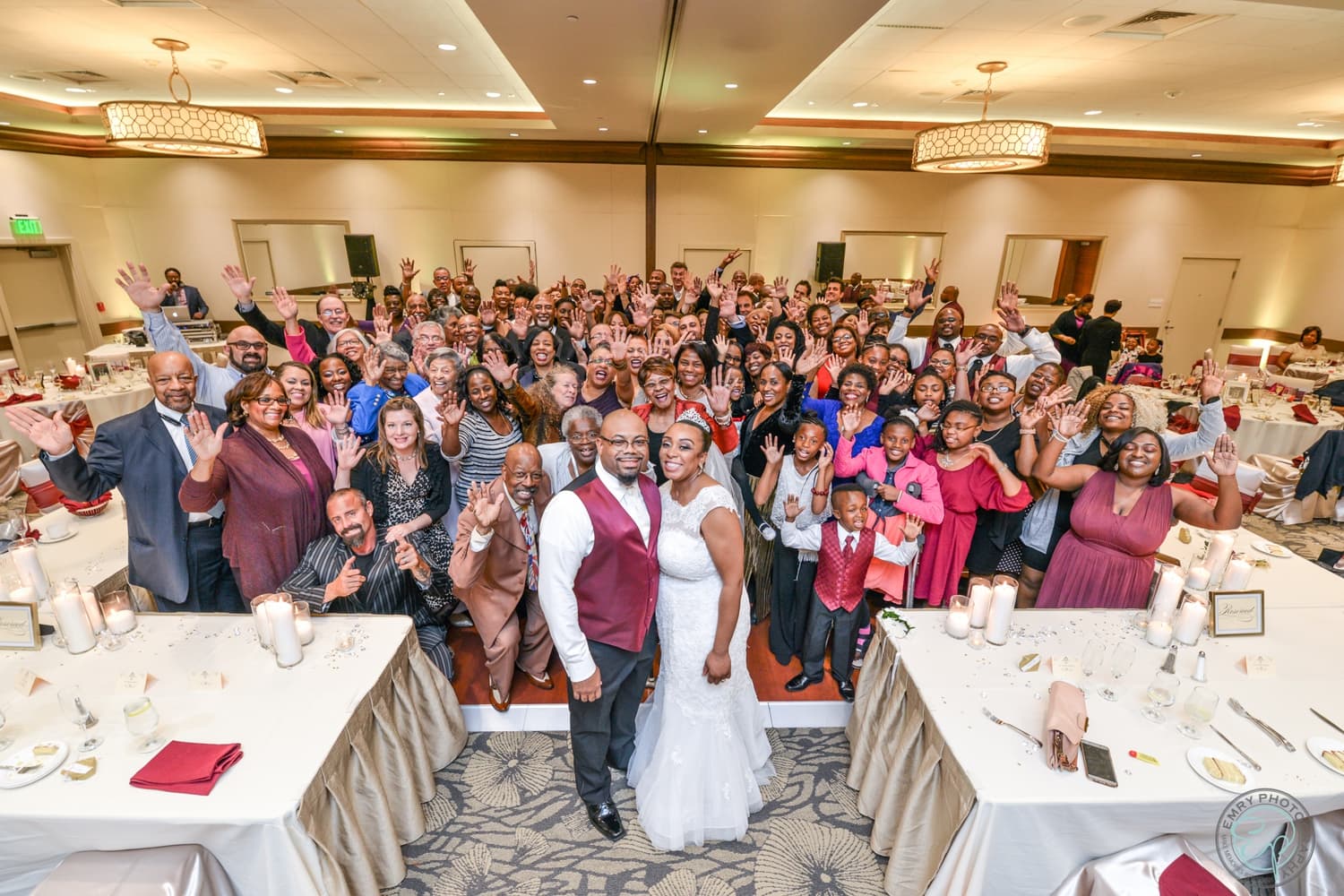 A special thanks to Annmarie from Annemarie Donaker Weddings and Events for planning a beautiful day and making the day run so smoothly for everyone.

Thank you Kristian and Asa for choosing to make memories with Emry!